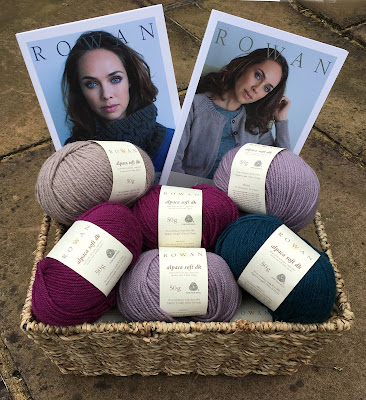 In order to take part, you will need to come and join us in our Edinburgh shop for our Knit Night on the evening of Thursday 17th August 2017.  Take a picture in the shop and upload it to Instagram with the hashtag #McAreeKnitNight. Hopefully you'll find lots of things to inspire your creativity. The winning photo will be chosen by the staff at McAree Brothers and Rowan Yarns. Don't forget to follow us (@mcadirect) so that we can notify you if you win!

Our competition will run from 5pm on Thursday 17th August 2017, when the Knit Night starts. You will have until midnight on Sunday 20th August to post your images on Instagram.

By entering our competition, you are agreeing to a complete release of Instagram and acknowledging that this promotion is in no way sponsored, endorsed or administered by, or associated with, Instagram, or any other social media used throughout the contest.
Posted by Sarah at 13:44 0 comments

Knitting at the Edinburgh Fringe

A trip to the Edinburgh Fringe Festival doesn’t have to mean abandoning your knitting and crochet for duration of stay.  There’s plenty of yarn-related sights and shows to take in this summer, and we’ve rounded up some of our favourites for you:

As you wander down The Royal Mile deciding which show to see next, keep an eye out for Tartan Heather.  Keen to keep the art of spinning and tartan-weaving alive in Scotland, Tartan Heather can be found beneath the statue of Adam Smith, giving demonstrations of traditional spinning techniques and occasionally allowing children and well-behaved adults to have a go at using a spinning wheel. 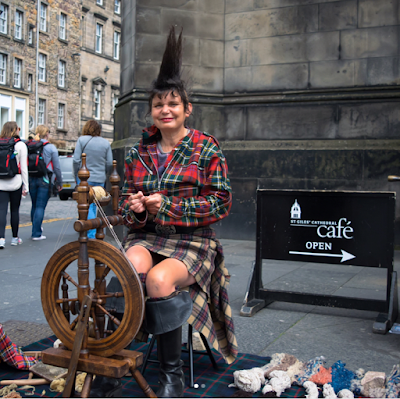 New Theatre, Comedy: Me, As A Penguin

Tom Wells’ critically acclaimed 2010 play, Me, As A Penguin, is being brought to the Fringe by the Exeter University Theatre Company and is the perfect show for knitters and comedy fans, with moments of tension surreally interrupted by voiceovers from a mysterious knitting tutorial.  The play follows the misadventures of Stitch, an avid young knitter, as he attempts to impress his new boyfriend, eventually culminating in the theft of a penguin from a local aquarium… 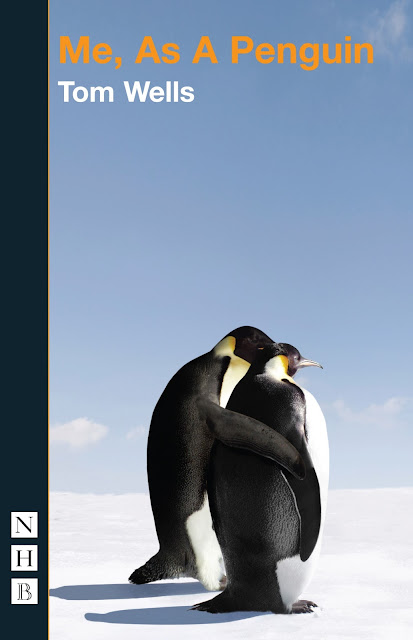 Classic Theatre: Shakespeare on the Sofa

Finally, a show you can bring your knitting to! Fresh from their Edinburgh production of avid knitter Virginia Woolf’s ‘Orlando’ earlier this year, Some Kind of Theatre are returning to Fringe venues, offices, care homes, and living rooms across the city with their Shakespeare on the Sofa project.  Their swashbuckling, pirate-themed production of ‘Julius Caesar’ can be brought into almost any venue, and so can be booked to perform in your home or at your regular knitting meet-up! (Directed by McAree Brothers staff member, Emily)

Prices start from £6pp. Throughout August.

If you fancy an escape from the hubbub of the Royal Mile, bring your knitting and crochet works-in-progress along to our Festival Knit Night.  We’ll be teaming up with our neighbours, the cafe and art gallery Bon Papillon, to host a good old-fashioned ‘knit and natter’ for locals and performers alike (complete with a pin board for flyers for shows).  Refreshments will be provided, and we’ll be handing out ‘Fringe Survival Kit’ goody-bags, complete with a Fringe-inspired pattern, to the first 30 people to arrive!

Just a stone’s throw from the Royal Mile, Dovecot Studio features tapestries and crafts from international artists and is home to a fascinating exhibition on the history of weaving as well as a tapestry studio in which Dovecot apprentices learn this ancient, woolly, and beautiful art form.  A visit to this fascinating gallery is a must for anyone with an interest in traditional craft forms.  Dovecot’s ‘Daughters of Penelope’ exhibition, which explores the story of women’s work in both the textile industry and in textile art, runs from July 20th 2017 to January 20th 2018.

If you have any tips on other knitting and crochet related events at the Fringe, we’d love to hear from you - please tweet us (@McAdirect) or get in touch via our Facebook page. Finally, if you’re travelling by plane to Edinburgh this August, be sure to check out Leah’s blog post on travel knitting and Heather's blog post on knitting on planes for some great advice about knitting on-the-go.