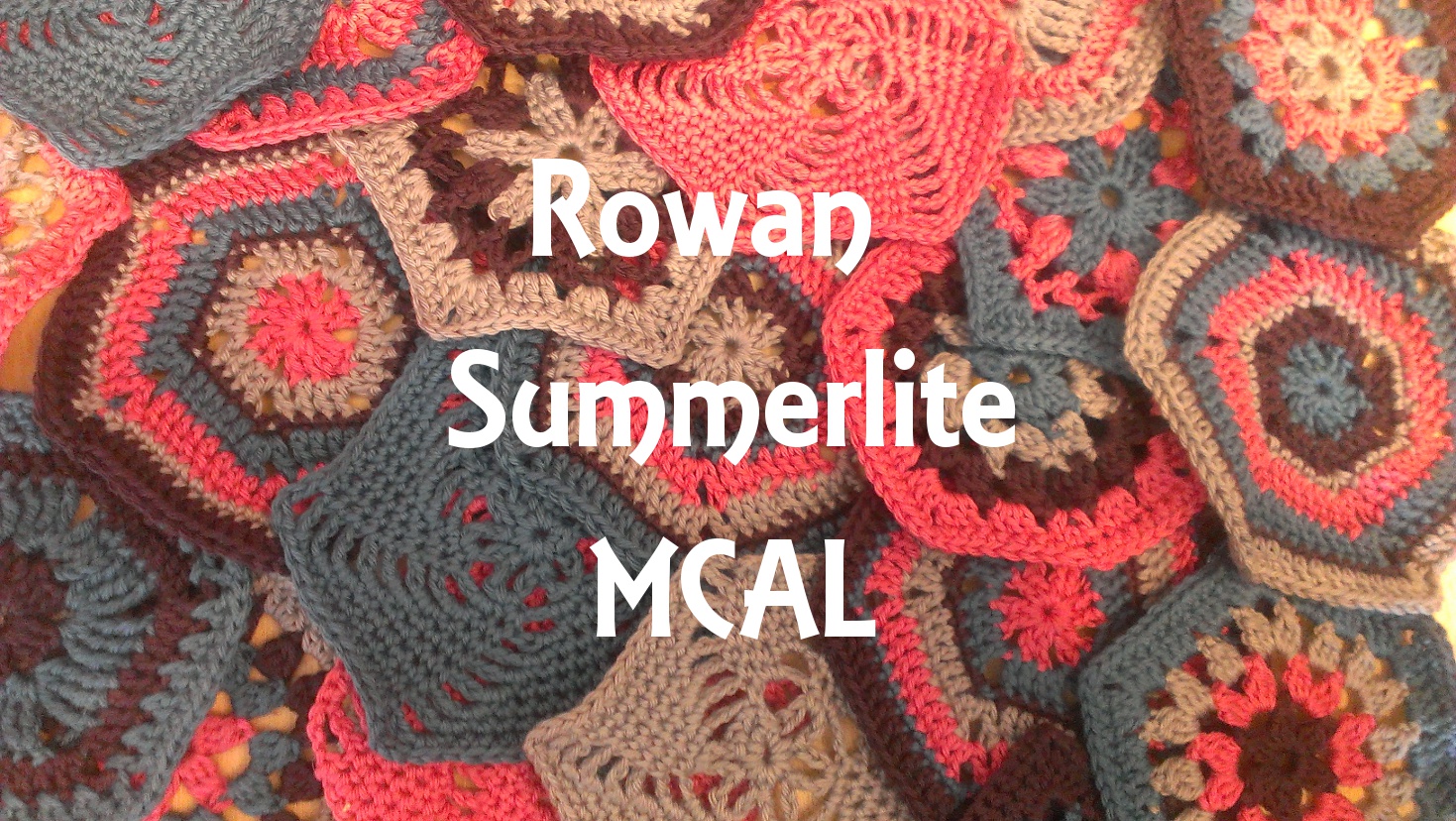 For the past eight weeks, I’ve been crocheting along with Rowan’s mystery crochet along project. Mystery knit alongs and crochet alongs (or MKALs and MCALs) have been really popular in recent years, but they do rely on a strong degree of trust in the designer. The idea with these mystery projects is that you receive the pattern in weekly installments and make it gradually, without knowing what the finished piece is going to look like. Is there a risk that you won’t like it after putting in all those hours of work? Sure, but that’s all part of the fun!


Summerlite 4 ply was a great yarn to work with. As well as giving me a chance to play with this recently released yarn, it quickly became clear that the decision to use Summerlite was ideal for this project. The fine gauge of this yarn meant that it was possible to get more motifs per ball of yarn (appealing to my sometimes frugal nature) and that more motifs could be fitted into a single project, as each one was only 10-12 cm across. The yarn itself has a very smooth, even texture and is remarkably soft for a cotton yarn. It is also unmercerised, and I really like the matte finish on my crocheted motifs.


I’ve finally reached the stage of assembling my crocheted motifs into a cushion cover. The project has been fun, and a good chance to practice some crochet techniques I hadn’t really tried out before. Unsurprisingly, I opted for the ‘bright’ palette of 422 Still Grey, 432 Aubergine, 428 High Tide and 426 Pinched Pink. 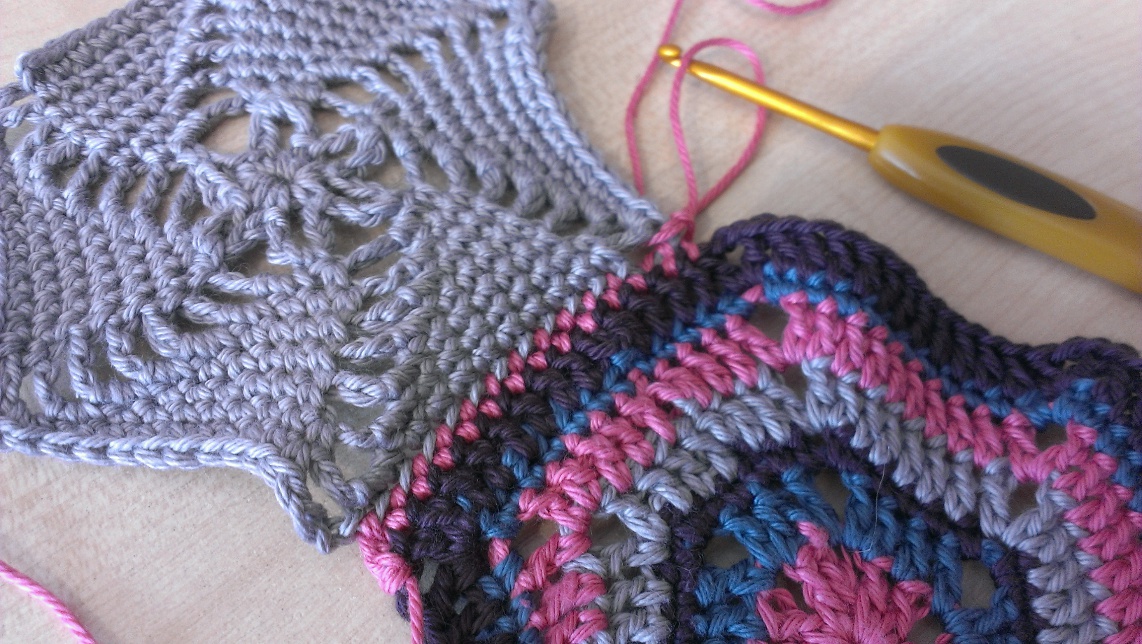 Motifs are crocheted together on the wrong side, so that these small stitches like zip teeth are visible from the right side.


To assemble my cushion cover, I started with the bottom row of motifs and pinned several together before crocheting, in order to minimise the chance of sewing things together in the wrong place. This was a pretty effective techniques and also allowed me to join several motifs with one continuous length of stitches. 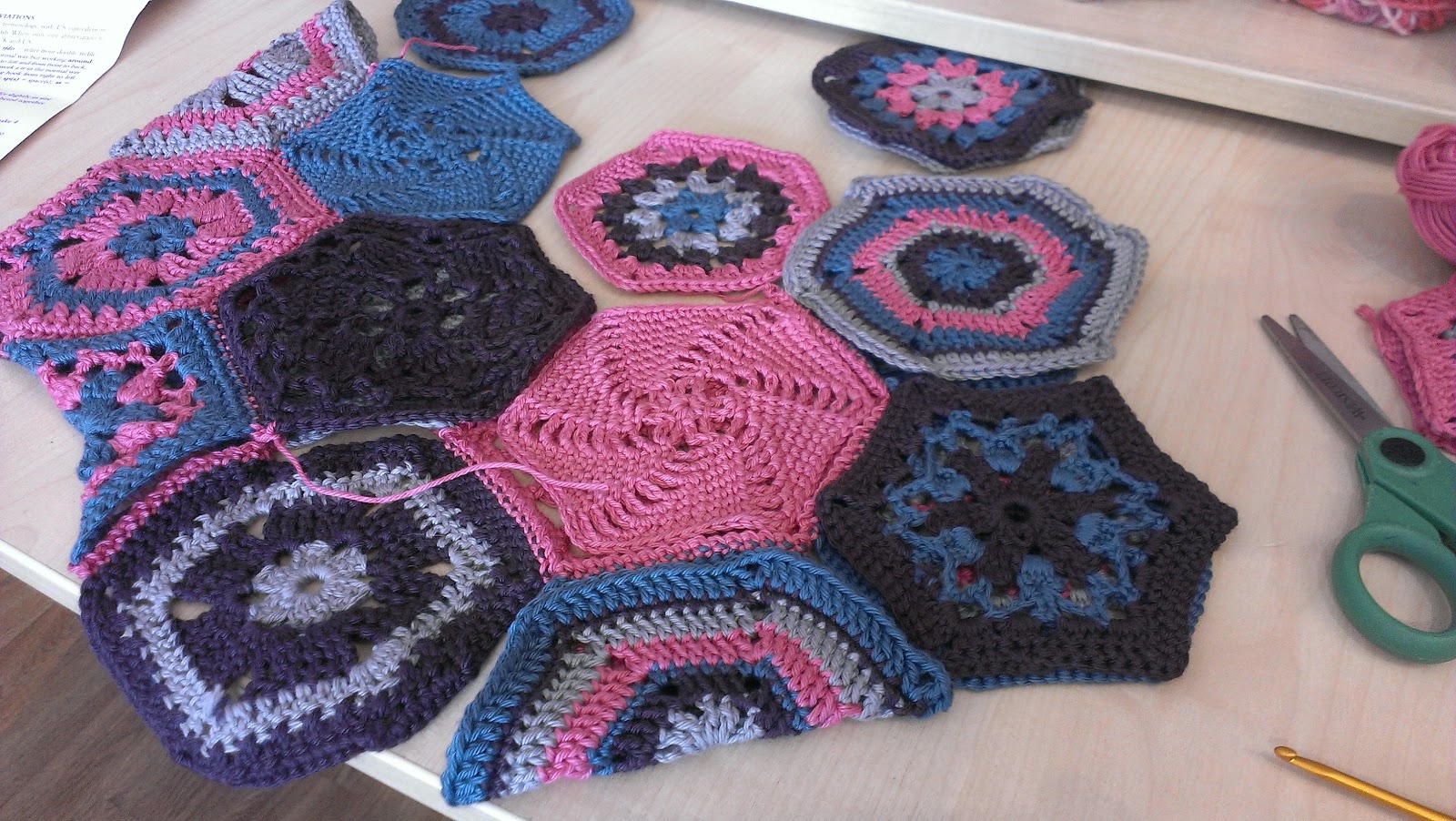 Although initially unconvinced about these four colours together (I worried that the blue was too green next to the red pink or that they grey was too pale against the dark, dark aubergine), I definitely like them a lot better now that they are so thoroughly mixed by the pattern. There is not one colour that dominates the others and it was the right choice to make the small  joining stitches in the brightest of the four colours, i.e. Pinched Pink. Combined, they now have a bright, summery feel that I like very much :) 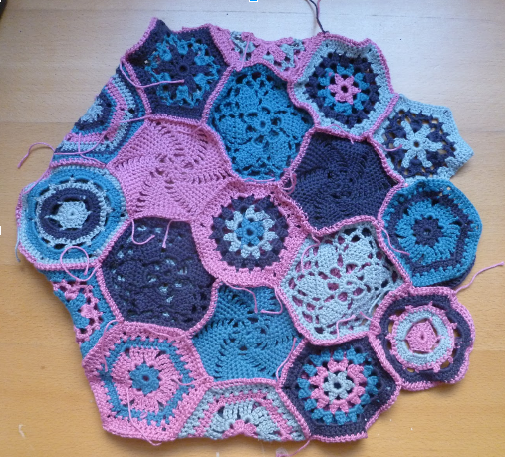 Crocheted together inside out; lots of ends to weave in

The hexagonal shape of the cushion cover might have been a problem if it had required a hexagonal cushion pad to stuff it. Those are pretty thin on the ground by the looks of things. Fortunately, it is also possible to buy a square cushion pad, sew across the four corners and trim them off to leave a (more or less) hexagonal shaped cushion pad. It is a bit taller than it is long, but it’s also pretty malleable so I don’t think this will be a problem. Another good solution would be to use a round cushion pad, but I didn’t have one of those to hand either, so this DIY effort it was! 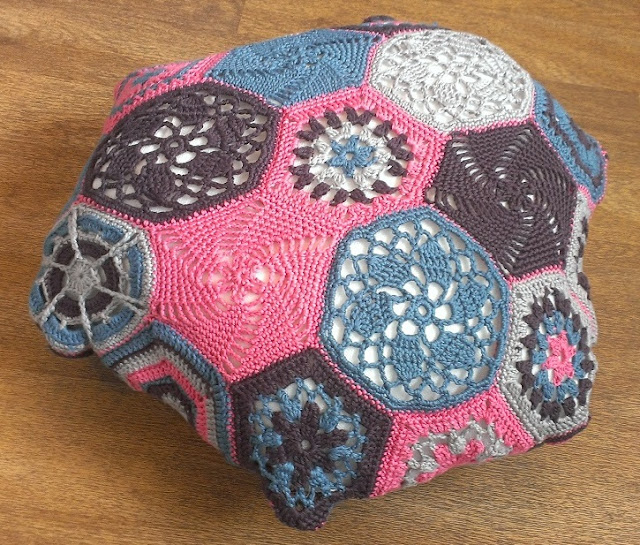 
So, although the M part of this MCAL has now come to an end, the patterns are still available to download for free from our website here. One advantage to starting it now is that you can also see what a nice cushion cover you’ll be making before you even chain a single stitch. My project used one ball of Still Grey, one ball of Aubergine, one ball of High Tide and just over one ball of Pinched Pink, so to make one just like it would cost less than £20.
Posted by Heather at 17:01