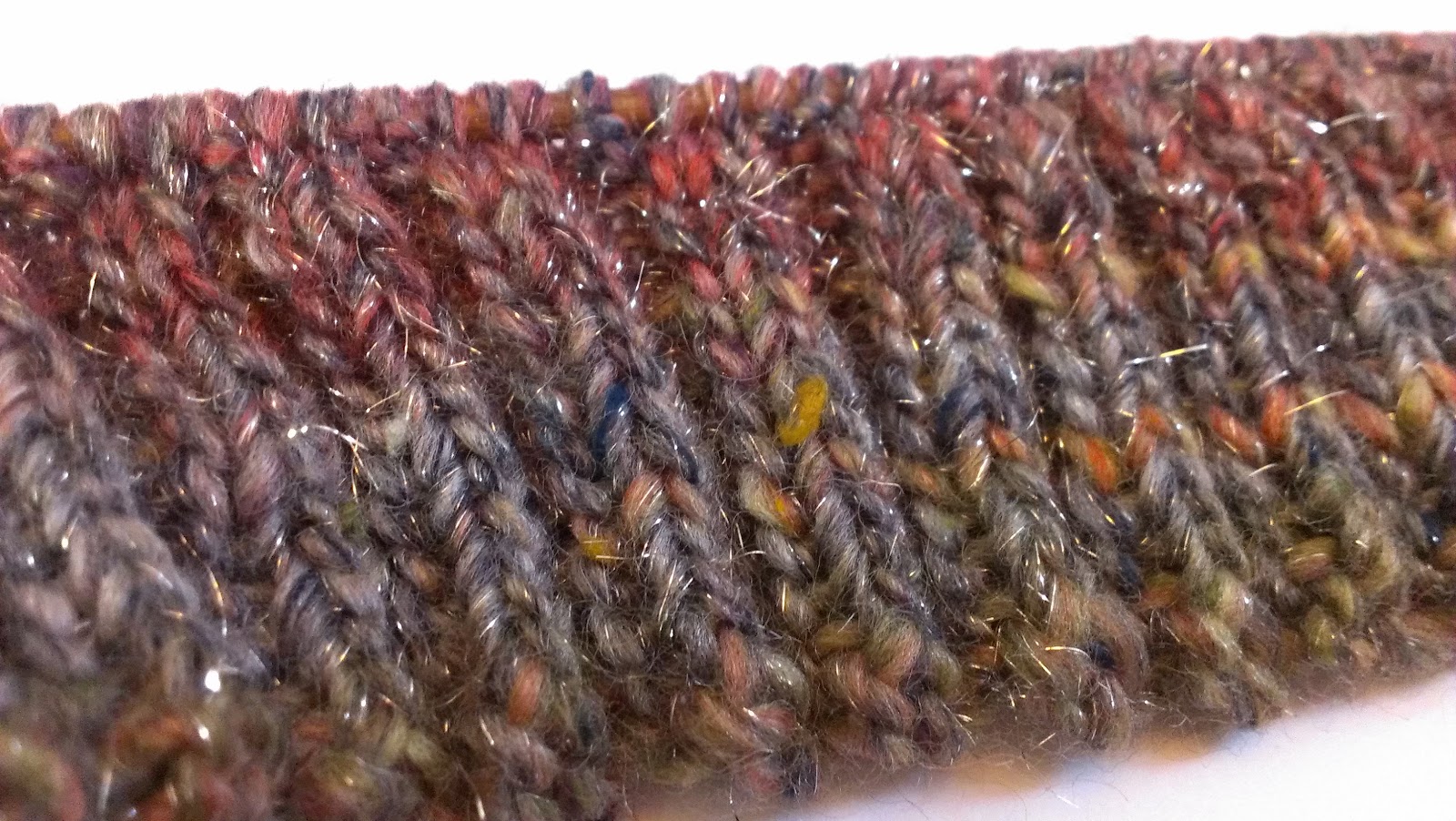 This yarn looks fairly unassuming in its ball: muted colours with just a hint of sparkle. Now that I’ve actually cast it on and knitted up a cosy cabled hat, however, I can say that Adriafil Cristallo is a yarn that you overlook at your peril!

It is very soft to knit with, and the little tinsel strands do not add any hint of scratchiness. The most fun part is definitely the subtle colour changes that this yarn undergoes as you knit with it. Every colour within the ball contains little flecky hints of other shades (this is captured really nicely in the above photo), and the colours fade gradually into one another to create a soft, ombre effect rather than strong stripes. 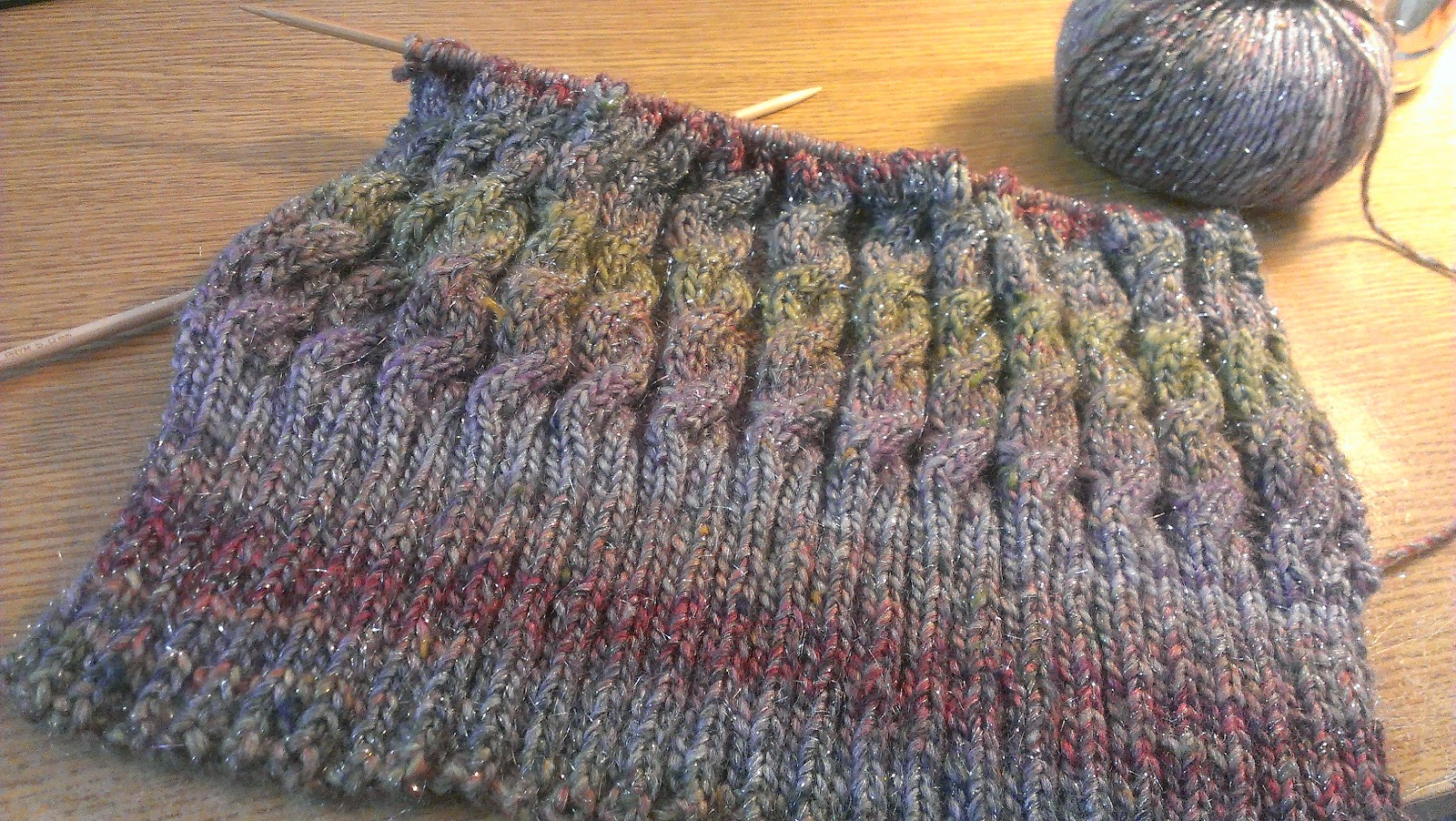 I’ve used my Cristallo to knit Sirdar pattern 7182 (below, bottom right), and it took about a ball and a half to make, including the pom pom. For the pom pom, I used the blue pom pom maker from Clover 3126. 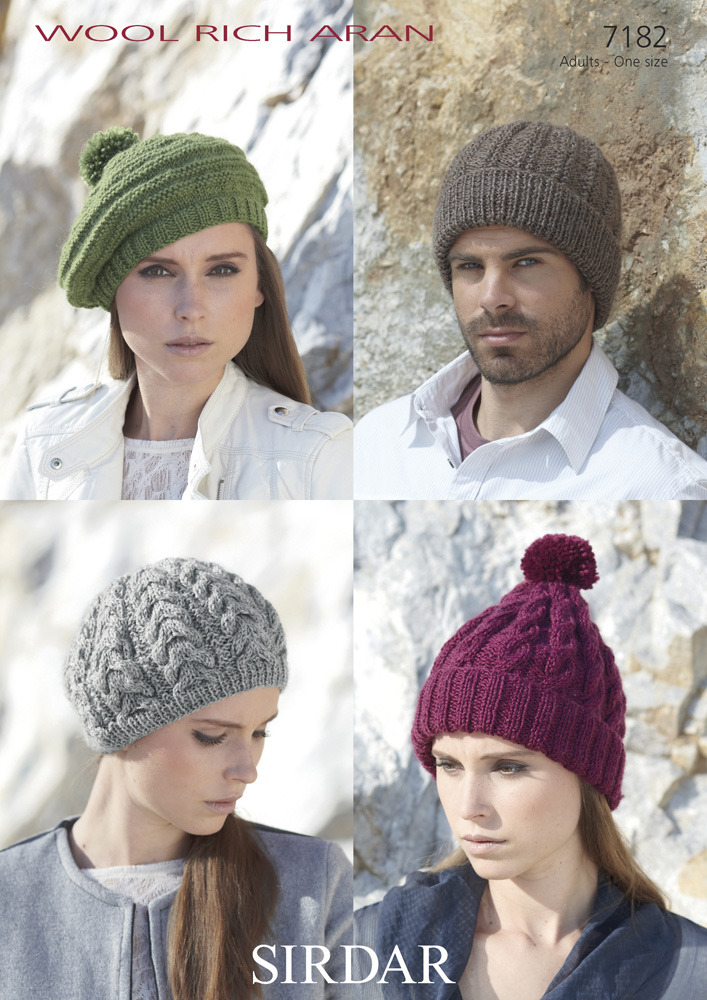 The completed hat has a nice, loose fit without being too large, and it can stretch to fit most adult head sizes. The shade I used (51 Multicolour) is lovely: it’s colourful without being bright, and the sparkle adds a festive accent to the hat. Cristallo’s other colourways are equally understated, so this hat project would make a wonderful gift for anyone who is looking for a new winter hat that's extra soft with a touch of sparkle! 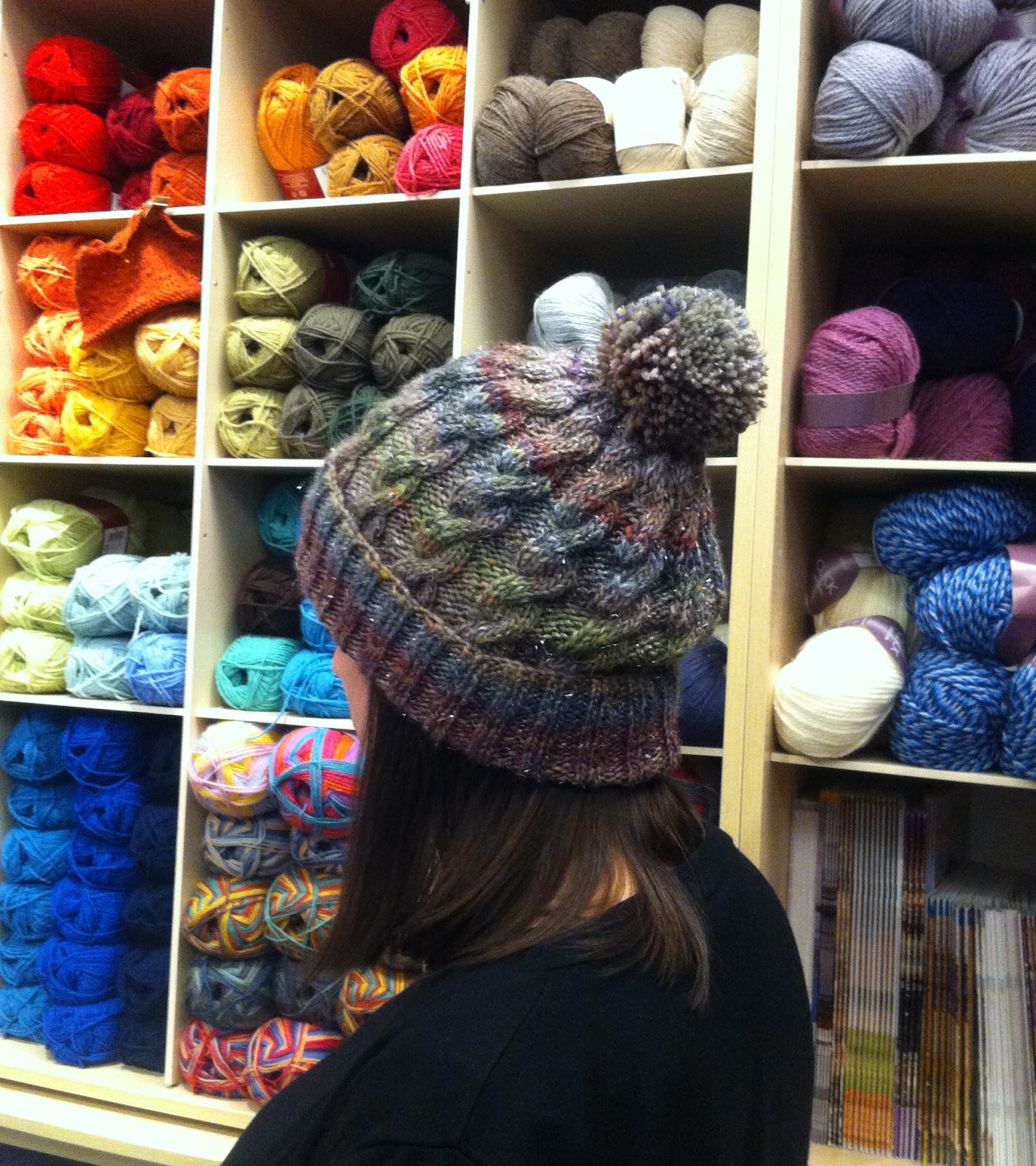