Rowan Magazine 56 arrived last week and, true to form, it is chock full of inspiring and beautiful designs. There are two main design stories, Wilderness and Craftwork, featuring cables, colourwork and interesting shapes, as well as a collection of more straightforward pieces in Essentials. 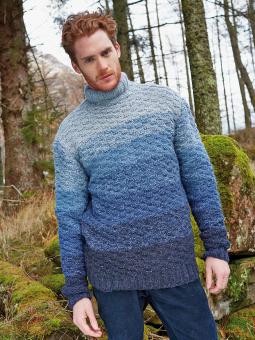 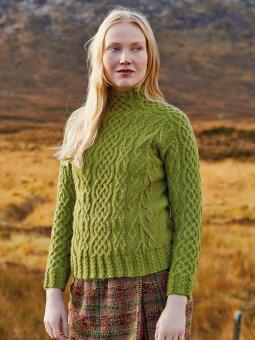 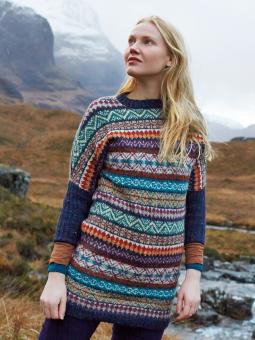 Wilderness has a strong Scottish vibe, with Celtic and Norwegian influences. The collection features beautiful patterns which emphasise bold colourwork and thick textures. All of these patterns have a high level of attention to detail, so they’ll keep accomplished knitters interested but are not be for the faint hearted! These designs are photographed against the dramatic backdrop of Glencoe in the Scottish Highlands and the rich colours of the landscape really bring out the rugged appeal of these designs. 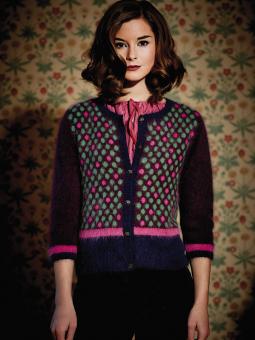 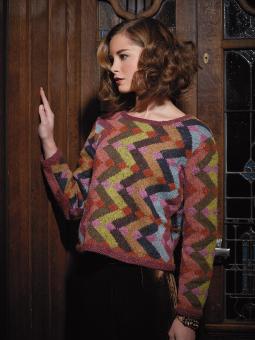 Craftwork is an elegant collection featuring luxurious fluffy fibres (such as Kidsilk Haze, Felted Tweed and the forthcoming Mohair Haze) and patterns for lightweight layers. These pieces will be perfect for giving warmth without bulk and many are knit using intriguing combinations of several different Rowan yarns. 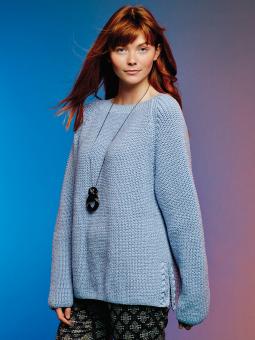 Essentials focuses on easy-to-wear garments, and present an inviting contrast to the complexities of the other two collections. The focus here is on shape, with simple stitch patterns and plain colours (which also makes them a more economical option). There are many designs in Fine Lace and Pure Wool 4 Ply and it's nice to see these yarns receiving more pattern support. And don't worry- although they are lightweight, they will still keep you toasty warm this winter.

In anticipation of Arne and Carlos’ upcoming visit and the Nordic Knit-athon, we’ve been looking through their current books. In related news, we’ve also got an exciting new Twitter competition to launch! The following just might be a wee hint at the prize (for the impatient amongst us, full details are at the end of this post)...

Knitted Dolls with a Designer Wardrobe gives you instructions for making a basic doll shape, and then you can let your imagination run wild with the dozens and dozens of miniature clothes patterns included. There are patterns for all sorts of garments, including some miniature versions of classic Norwegian sweaters.

The dolls on the cover are a surprisingly accurate rendering of the designers and give you a flavour of the sorts of customisations you can make in order to capture each doll’s personality.

55 Christmas Balls to Knit was Arne & Carlos’ first publication and is already an off-beat classics in the knitting world.

The Christmas balls in question are squishy little knitted ornaments, with beautiful designs based on traditional Nordic patterns and motifs. They are quick and fun to knit (though they do require some sewing up, so maybe not an ideal project if you hate seams) and will add some festive fun wherever you choose to hang them!

Want to knit up some cute little decorative balls but it’s too early to hang the Christmas decorations? No problem! Easter Knits contains patterns for more brightly patterned balls, as well as some Fabergé egg-style modifications and a pattern for a floppy Easter bunny with a wardrobe full of sweaters.

As with all of their books, every page is packed full of beautiful photography, with the projects set against a backdrop of colourful Scandinavian interiors.

The latest title from Arne and Carlos is the magnificent Knit-and-Crochet Garden. All of the photography is set in the garden of their own home (an old train station!), which they built from scratch when they moved in.

This book features a wider variety of crafts and techniques, branching out into crochet as well as a few small cross stitch and embroidery projects.


Arne and Carlos have a new book coming out this October, titled Norwegian Knits with a Twist. This new release sees them branching out further into new territory, with 33 sweater patterns based on traditional Setesdal designs. And, of course, it wouldn’t be Arne and Carlos without also including patterns for matching accessories and teddy bears!


If you’re in the Edinburgh area on the weekend of 19-20 June, why not drop by the National Museum, where we are running a drop-in Knit-athon workshop in collaboration with the Danish Cultural Institute. Everyone who comes along can knit a 15x15cm square to contribute to a “giant knitted masterpiece” and there will also be pompom makers and French knitting dollies to try out. It’s completely free and you don’t need to book in advance. What’s more, the museum is an incredible old building and the event’s yarn has been generously provided by Rowan (ooooh)! All you need to bring is a pair of knitting needles (size 4-5mm/ UK 7-8).


As mentioned above, we’re launching a Twitter competition as part of the celebrations. The spectacular prize is a copy of each of Arne & Carlos’ four current titles! To be entered into the prize draw, simply follow @mcadirect and retweet the competition Tweet any time between now and midnight 26 July 2014. The winner will be announced on Monday 28th July 2014 via Twitter.