It’s Crochet, Jim, But Not As We Know It

Whilst browsing knitting needles and crochet hooks (yes, that is a thing that lots of us do, and no it's not that weird), you may have noticed what looks, at first glance, like a single knitting needle hanging in a packet by its solitary self.  If you then looked closer, you might even have noticed that the end is shaped like a crochet hook.  And you may have said to yourself, "What is this crafty implement, so long and so hooked?"

This instrument, dear readers, is a tunisian crochet hook.  And it is awesome.

Tunisian crochet is an interesting variant of crochet which produces a dense, tweedy-textured fabric if worked in a certain way, and a fabric that looks like the right side of a knitted stocking stitch when worked another way.  It's often described as a cross between knitting and crochet, as the stitches are worked in rows, rather than one at a time.


As a newcomer to crochet of the Tunisian variety, I've noticed that my work has a strange (and fairly extreme) tendency to curl up into a cottony tube, rather than staying nice and flat.  This, interestingly enough, is due to the thick loops that are formed on the back of the work, which increase the surface area to be much greater than the front of the work.  So far, the top two methods for combatting the curl seem to be:
I'm not going to reveal what it is that I'm working on at the minute, but stay tuned to find out!  (The only thing I will say is that it's going to knock your socks off - this is a seriously epic one, folks.)

An excellent introduction to Tunisian crochet can be found in Sharon Hernes Silverman's Tunisian Crochet book. 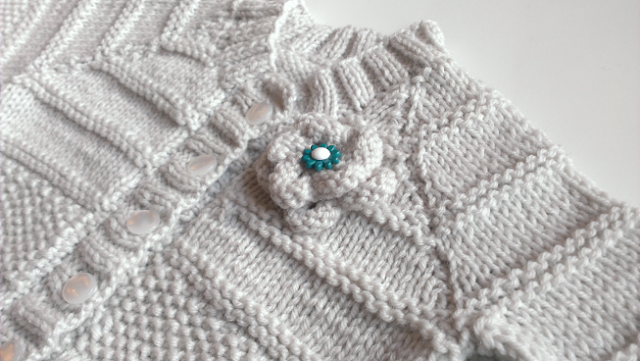 Sirdar can always be counted on to provide us with trendy baby patterns that are sweet without being too fussy.  One of their latest releases in Snuggly DK caught the eye of Sophia, who works in our Edinburgh branch, and she has knitted up her own version in just under a week!


As you can see, Sophia's cardigan has been faithful to the original pattern, sticking to the Light Grey (435) yarn shade and plain round buttons.  Her decision to use the little green flower buttons in the centre of each flower embellishment, however, introduces a splash of colour and adds another dimension of cuteness to an already adorable design. 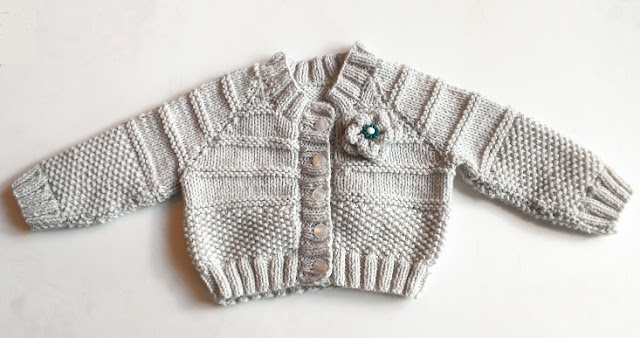 When I interrogated her about her knitting experience, she explained why she found this such an enjoyable knit.  She found the textured pattern kept things interesting - ideal if you are someone who finds row after row of stocking stitch can become a bit tedious.  The flower details were, admittedly, "A bit fiddly," but, "They were worth it because they are just so cute.  The flowers totally make it."

Her other tip for this project was to knit the button band separately and sew it on afterwards if you have trouble picking up stitches evenly.  It can be a little more time consuming, but quicker in the long run if this is something you find tricky. 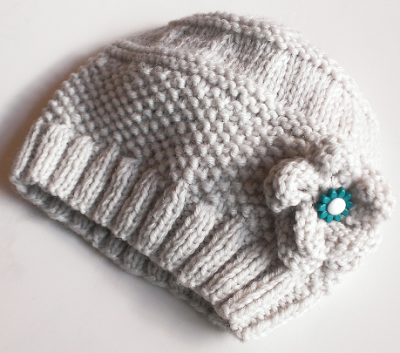 To make the cardigan to fit the first size (0 - 6 months), Sophia used less than two balls of Snuggly DK, and had enough left over from the second ball to make the hat as well.  That makes it an excellent value knit, at just £6 for enough yarn to make the set!

"All in all," Sophia concludes, "I am very proud of my first baby garment."

Our Sirdar Wordsearch Competition has now closed - many thanks to everyone who took part.

The correct answer is "Knitting Made Fashionable" - well done to all who found the hidden phrase!

We have drawn names from a hat and are pleased to announce that our winners are:

Congratulations, all!  A lovely Sirdar notebook will be on its way to you very soon...